Well I needed a creative way to express my feelings towards a few people while my Manga is under development and this idea bashed me right in the face earlier when I was told that Attack on Titan is a savage anime.

Insight for the ones who may not comprehend it enough cause I’m sure not everyone knows of Attack on Titan.
Titans are savages who eat humans for fun, it doesn’t satisfy their hunger they could live forever without eating if they had to, but these sadistic beings feed anyway.
The pointy eared titan is a human who swore to obliterate every single Titan alive, once they realized he was human they began attacking him and he retaliated.
The blonde haired titan is an abberant who doesn’t attack anyone, he just does whatever he wants but his mistake was eating one of the Elf Titan’s friends and so revenge must be taken.

TL;DR Anyone in this video is considered a hostile to me, so I guess you should feel happy if you’re not in it? 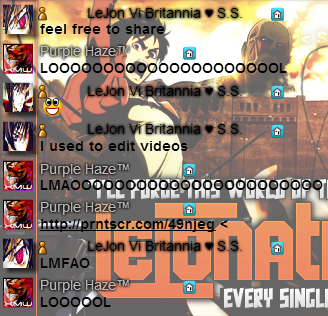 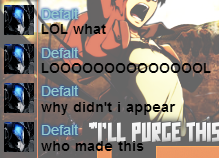 For the easily asshurt people, this is satire please contain your nerdrage.